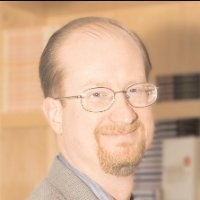 Whether stemming from his connection to family and friends in the area or from his undying love of Mighty Taco and Bandits games, Western New York will always hold a special place in the heart of Bob Holliday ’99, a proud member of Medaille’s very first MBA cohort.

Now living in New Jersey, Holliday is using all of his accumulated knowledge and experience to make an impact through his role of Senior Director of Therapeutic Knowledge at Sanofi Pharmaceuticals. While this specific position was new to him this past year, Holliday has worked in the pharmaceutical industry for nearly 20 years, even having worked as a pharmaceutical sales representative while he was a Medaille student. In his current position, he leads the team that is responsible for building and delivering training to the Sales Organization. Holliday finds such a training position that allows him to influence the company’s sales representatives to be very rewarding, stating that it provides him with “a way to have an impact through the whole organization.”

Holliday’s affinity for training and leading others was shaped during his 20 plus years of service with the United States Air Force Reserve. Having retired as a Senior Master Sergeant, Holliday credits his military experience as having formed and driven who he is as a leader today. He has taken the military mindset of training others with a goal of “creating your own replacement” with him into his career, which is in stark contrast to the usual corporate mindset of wanting to make oneself indispensible/irreplaceable.

The ability to lead projects and look at them more strategically, from the perspective of all functional areas and the big picture, is something Holliday attributes to his MBA education. Being a part of Medaille’s first MBA cohort meant that he and his classmates were actively involved in the formative stages of the program and its curriculum, and they were asked for their feedback on a regular basis. While Holliday states that he loved the flexibility of the program, he is most grateful for all he was able to learn from his peers, saying that his cohort consisted of a diverse and tenured group. Their real-world experience, combined with that of the faculty, greatly enhanced the classroom discussions and helped translate theory into what it actually meant in terms of application.

Holliday still keeps in touch with some of his cohort members, and he stresses that connections are huge. When asked what advice he would give to his fellow alumni or soon-to-be graduates, Holliday emphasizes networking. He advises job seekers to build relationships with hiring managers, whether it is through buying them lunch, conducting an informal interview, or directly asking them what they are looking for, because he’s seen that decisions are often made based on existing relationships. Holliday also believes it is important to learn how to leverage LinkedIn by doing such things as reaching out to connections, making relevant posts, and maintaining an interesting profile.

While all of the above experiences contain many valuable lessons, perhaps the biggest inspiration from Holliday’s journey comes from something that not many people know about him. Just fifteen months before he started the MBA program at Medaille, Holliday was diagnosed with stage 3A thyroid cancer when he was just 28 years old. He had finished radiation treatments by the time he started at Medaille, and he confessed that he is not sure if he would have started his MBA at that time, without the extra push this health scare gave him. No one in his family had finished a bachelor’s or master’s degree before, so his battle helped him to see that he wanted something more for himself. In his words, he learned what is important and how to take advantage of today. He now asks himself and others: what are you waiting for?