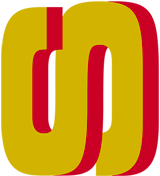 Starcherone Books, the nonprofit fiction publishing company Medaille Prof Ted Pelton began in 2003, got a funding increase for 2014 from the New York State Council for the Arts.

The press, which publishes innovative, avant-garde novels, collections of short stories, and works of conceptual writing, was awarded a grant of $6,500, a 63% funding increase over the $4,000 grants Starcherone received in 2012 and 2013. “For us to get funded at all in this belt-tightening environment is a success, so I am blown away that NYSCA is increasing how much they’re giving us,”  said Professor Pelton.

This was the fifth year of NYSCA funding for Starcherone, which publishes between three and five books a year and has a national reputation for discovering new writers and championing artistic integrity in fiction.  “Starcherone has already launched the careers of no less than a half dozen of the 21st century’s most prominent new voices in American fiction,” wrote R.D. Pohl on the Buffalo News “Gusto” blog recently, “from Zachary Mason, Joshua Cohen, and Thaddeus Rutkowski to Sara Greenslit, Stacey Levine, and Alissa Nutting.”

Pelton began Starcherone in 2000 by publishing his own first collection of short stories.  It became a nonprofit three years later.  Starcherone is a co-sponsor of Medaille College’s Writing Reading Series, and has been a community partner with the college, frequently employing students as interns, for many years.