Food for thought: Is a college degree still worth it? Study says yes 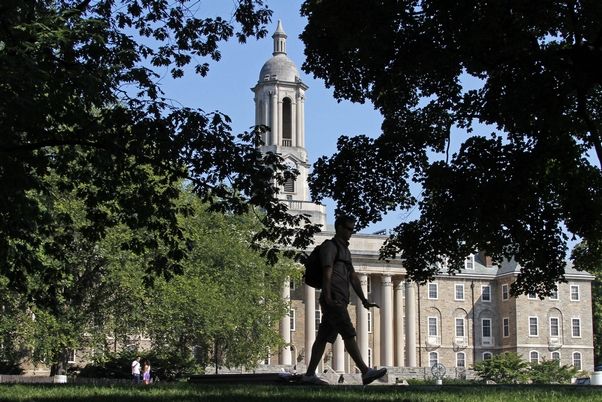 From the Buffalo News:

NEW YORK – Some comforting news for recent college graduates facing a tough job market and years of student loan payments: That college degree is still worth it.

Those with bachelor’s or associate’s degrees earn more money over their lifetime than those who skip college, even after factoring in the cost of higher education, according to a report released last week by the Federal Reserve Bank of New York.

The study, by economists Jaison R. Abel and Richard Deitz, also found that a degree is still a good investment for college grads whose jobs don’t require college. About a third of all college graduates remain underemployed for most of their careers.

Rising tuition costs, surging student debt levels and an increase in unemployment rates among new grads since the recession have caused some to question the value of higher education. The New York Fed study is just the latest to say that a degree is a good investment. A Pew Research Center report from earlier this year said young adults with college degrees make more money, have lower rates of unemployment and are less likely to be living in poverty than those with just a high school education.

After subtracting tax benefits and average financial aid awards, the researchers said a bachelor’s degree cost about $122,000 in 2013, while an associate’s degree cost $43,700. Those numbers take into account that students held off earning money from a job to go to school. The study used data from the Bureau of Labor Statistics, Education Department and the College Board.

Recent graduate Katie-Beth Vornberger thinks her degree will eventually pay off. The 24-year-old graduated from George Mason University in May with $20,000 in debt, even though she worked part time to help pay for some of the tuition.

She’s currently working in a paid summer internship where she helps a consulting company in Fairfax, Va., manage their social media accounts. She said she is earning about $4 more an hour than the job she had before graduating, which she attributes to having a degree.

“I’m hoping it turns into a full-time position,” said Vornberger.