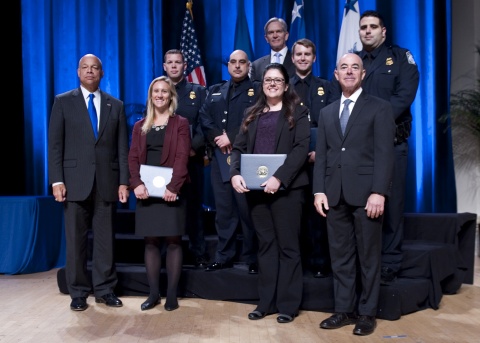 The Secretary’s Unity of Effort Award recognizes outstanding efforts in coordination across DHS by significantly improving program efficiency and effectiveness. Ms. Oar was part of a team that developed a technology solution to aid in the identification of fraudulent passports in support of the DHS border security mission.

Mrs. Oar has worked in the homeland security field for 12 years. Her experience includes data analytics, IT project management, intelligence planning and executive support to DHS leadership. She currently works as an IT Specialist in the DHS Office of Cybersecurity and Communications. More info: https://www.dhs.gov/federal-network-resilience.

Mrs. Oar is also an original course writer and adjunct in the Homeland Security program and has been teaching at Medaille College for six years. Mrs. Oar lives in Alexandria, VA, and is originally from Western New York.