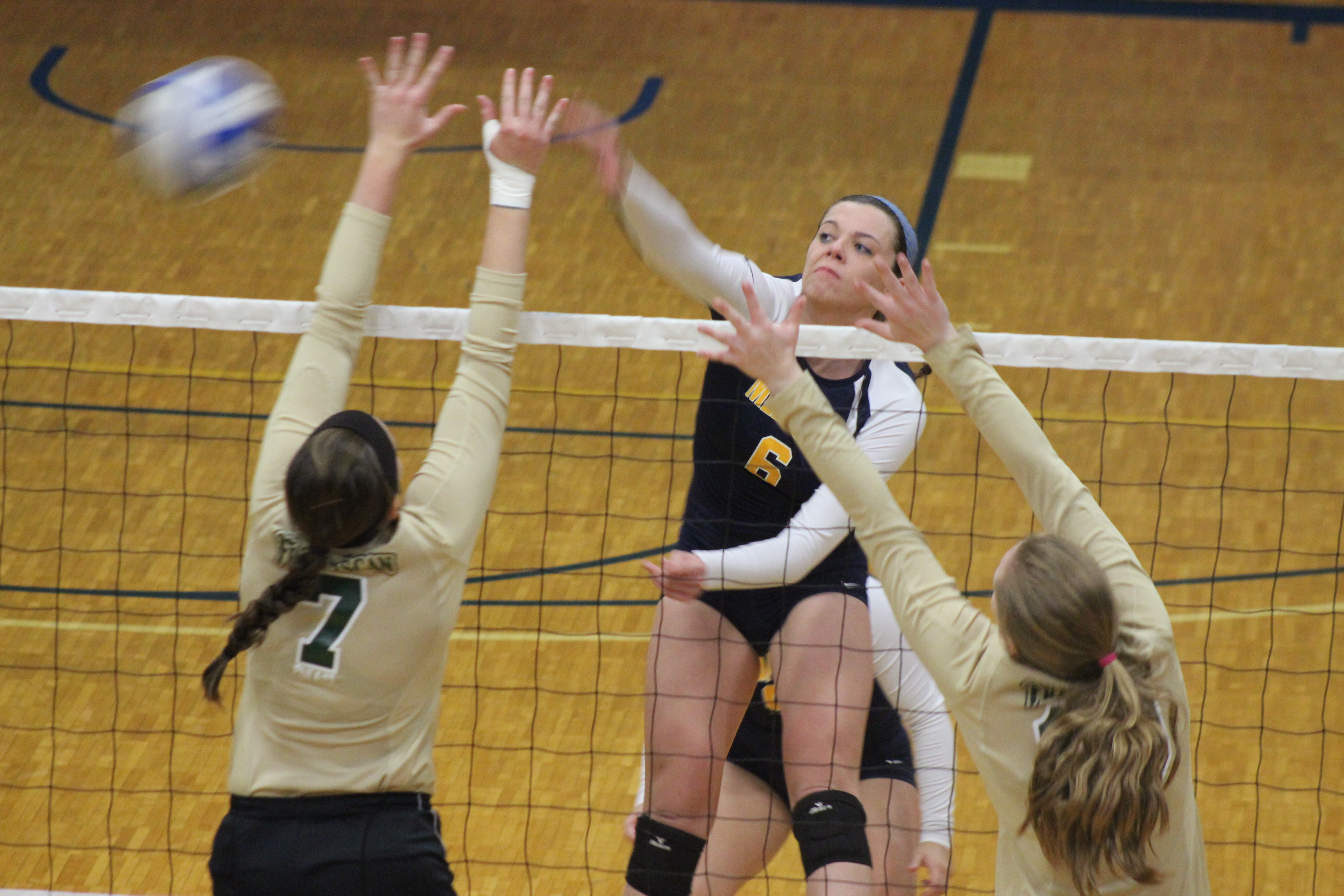 It was a busy week for your Mavericks and Lady Mavericks. Check out the recaps below to see how all the Fall teams did last week!

Women’s Volleyball: The Lady Mavericks went (3-0) last week; including (2-0) in AMCC contests. Medaille cruised to a (3-1) victory over Hilbert, and handled Alfred University in Alfred (3-0). In between, the Lady Mavs had an instant classic with defending AMCC champion Franciscan University. Medaille hosted the Barons on Friday night, and found themselves in an early deficit. After dropping the first two sets, the Lady Mavericks captured three straight to complete the comeback and take the match (3-2). Senior Simmone Talford was also named the AMCC Player of the Week, after dishing out (80) assists last week.

Men’s Soccer: The Mavericks went (1-0-1) last week, staying undefeated in conference play. Medaille started the week with a strong (4-1) victory against the Panthers of Pitt-Bradford. They would follow that up with a (1-1) draw against Penn State-Altoona, Freshman Nick DuMond had a strong week, scoring one goal and helping on one other to earn Medaille Male Athlete of the Week status.

Women’s Soccer: The Lady Mavericks dropped a pair of road games this week, including a heart breaker at Penn State-Altoona. Freshman Michelle Carpenter netted the first goal of her career in the loss at Pitt-Bradford. It was also the first collegiate point of her career.

Men’s Cross Country: The men competed in the 42nd annual Paul Short Run hosted by Lehigh University on Friday, October 2nd. One of the largest cross country races in the country, the men placed 39th in the ‘White Race’. Sophomore James Medley paced the Mavericks with a time of (32:57).

Women’s Cross Country: The Lady Mavericks also competed in the Paul Short Run, finishing in 37th place in the ‘White Race’. Sophomore Jessica Maguder finished first among all Medaille runners with a time of (26:31).

Men’s Golf: The Mavs had a very strong showing at the Hilbert Invitational on Monday, October 5th. They finished in third place, missing out on second by just three strokes. Senior Austin Ford had his most productive day on the links, shooting a team-low (74) and finishing just two strokes back of medalist Nick Van Damia of Penn State-Behrend.

Women’s Tennis: The Lady Mavericks went (1-1) last week, falling to Fredonia and defeating Pitt-Bradford. Their win was the first ever for Medaille over Pitt-Bradford, and also secured their third conference win of the season; a new program-high. Junior captain Liz Barrett went (2-0) in both singles and doubles competitions, earning her AMCC Player of the Week honors.