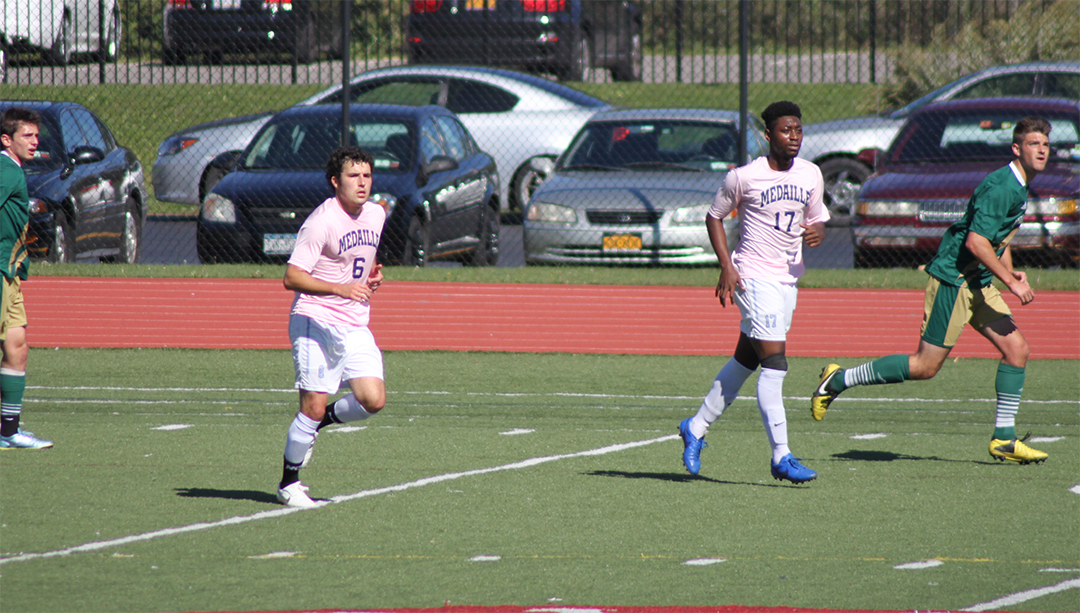 It was a busy week for your Mavericks and Lady Mavericks. Check out the recaps below to see how all the Fall and Winter teams did last week!

Women’s Volleyball: The Lady Mavericks went (2-2) last week, including a convincing win over Penn State-Behrend who came into the October 20th match (5-0) in AMCC play. Medaille swept the Lions (3-0; 25-16, 25-15, 25-12), led by (12) kills from senior Susan Muldoon. For her part, Muldoon was named AMCC Player of the Week for the second time this season. Saturday, October 24th saw the Lady Mavs host Pitt-Greensburg, Hilbert, and La Roche in an AMCC Quad match. Medaille defeated the Bobcats of Greensburg (3-1) in their first match, and fell to the Redhawks of La Roche (2-3) in their final contest. They wrapped up their week with a tough (0-3) loss to Fredonia State Tuesday evening. Make sure to come out this Saturday, October 31 to celebrate Muldoon, Simmone Talford, Jenna Cleversley, and Abby Depczynski for Senior Day! 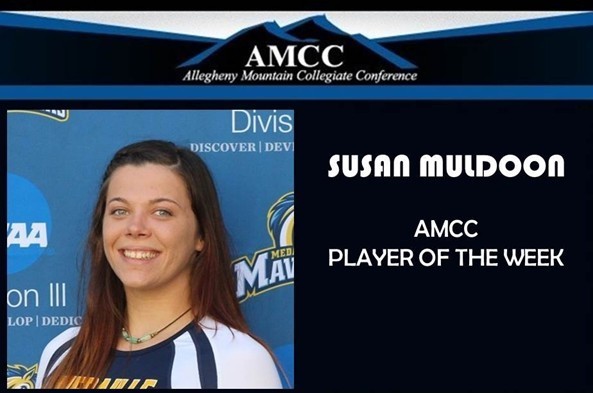 Men’s Soccer: The Mavericks Men’s Soccer team went (2-0-1) last week to secure a spot in the 2015 AMCC Tournament. The two wins came over AMCC foes Hilbert (3-0) and La Roche (3-1), while their lone draw of the week came on the last day of the regular season against D’Youville (2-2). Senior Cory Carter netted three goals and dished out two assists en route to being named the AMCC Offensive Player of the week. Medaille heads into postseason played as the five seed in the AMCC, and will travel to Penn State-Altoona on Saturday, October 31 for their first round game. It is the 11th straight season that the Men’s Soccer program has qualified for the AMCC Tournament, winning the title six of the previous (10) times.

Women’s Soccer: The Lady Mavericks finished their season with a (0-2-1) week, taking all three games to sudden death overtime. Their draw last week came against AMCC rival Hilbert College, as neither team was able to score in the final (20) minutes. They then dropped a pair of (2-3) finals to La Roche and D’Youville. The ladies end their season with a (1-13-2) record overall, and (1-7-1) record in AMCC play.

Men’s Cross Country and Women’s Cross Country: Both teams had an off week to prepare for Saturday’s AMCC Championship meet. It will take place in Erie, Pennsylvania and is hosted by Penn State-Behrend.

Women’s Bowling: After opening their season at the Kutztown Fall Classic on October 17 and 18, the Lady Mavs went (2-0) last week defeating Thiel College in both traditional and baker format. In traditional play, Medaille defeated the Tomcats by (275) pins to take the match (1715-1440). In the five game baker format, the Lady Mavs used a (236) pin game two to edge Thiel (896-824). The following day, sophomore Brooke Miller was selected as the AMCC Player of the Week as she led the Lady Mavs with an average of (194.5) against the Tomcats. 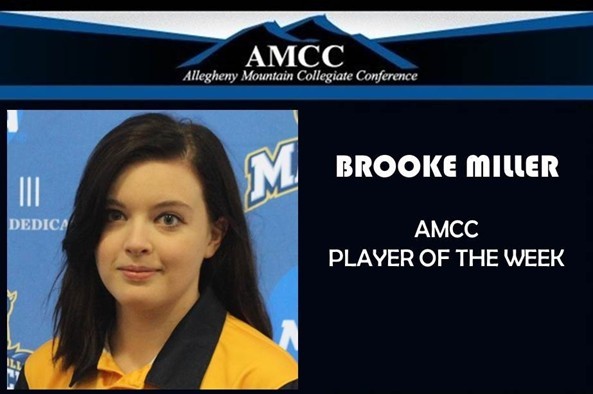 Men’s Golf: Postseason awards were handed out, and Medaille found themselves with two on the list. Senior Austin Ford and freshman Chuck Panepinto were both named to the AMCC All-Conference Third Team! 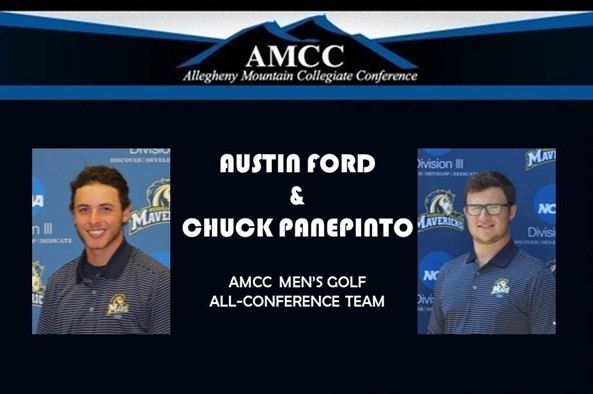