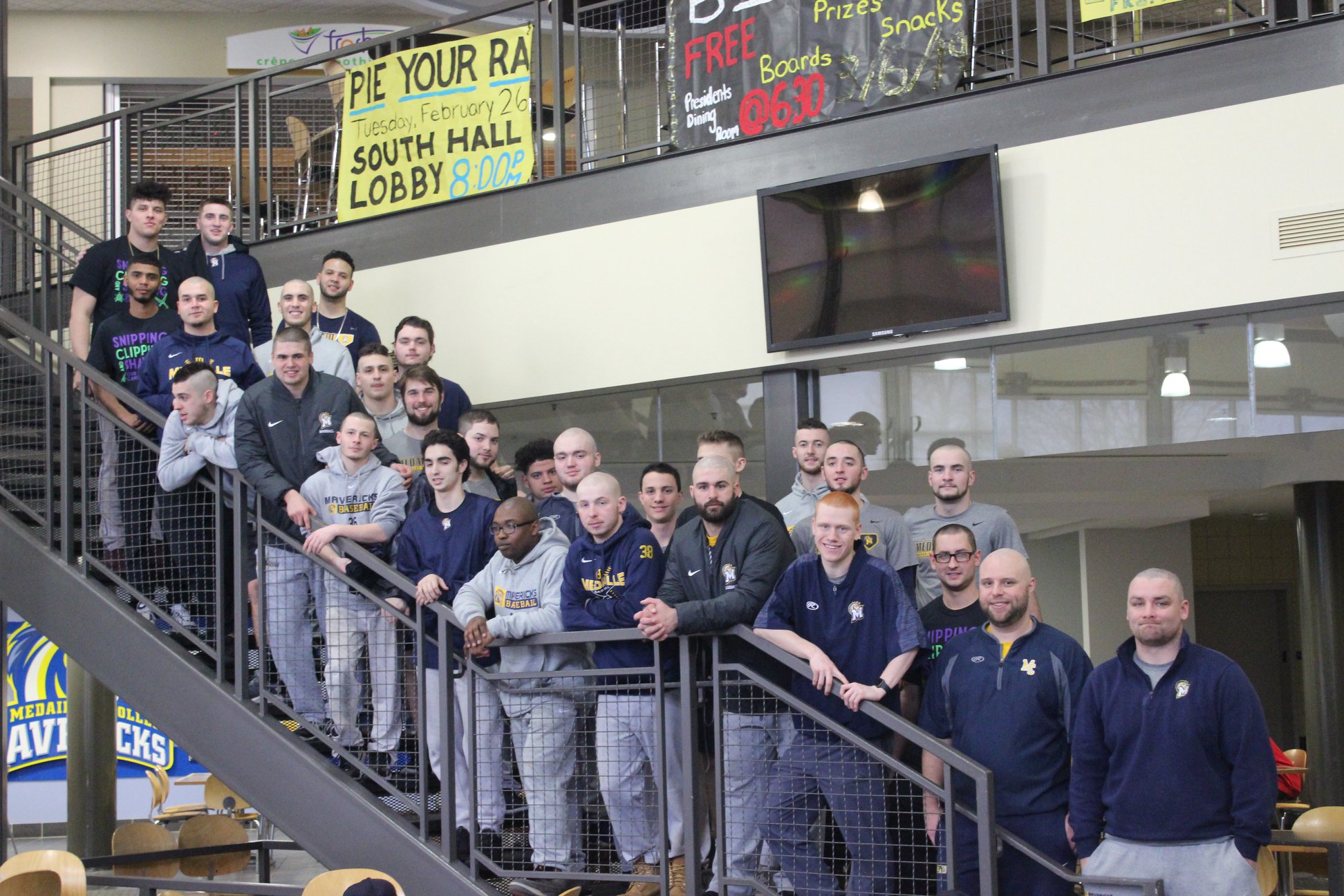 The Medaille baseball team will be going Bald for Bucks for the second consecutive year.

Bald for Bucks is a fundraising event in which participants raise money while also shaving their head, donating hair, or styling their hair for cancer research.

“We are very proud to be partnering with Roswell Park and Bald for Bucks again,” says Head Coach Josh Sova. “Last year’s event was such an enormous success, and we look forward to helping raise money to go to cancer research again this year.”

Last year’s success with the event has led the team to do it again in 2020. In 2019, the team raised almost $8,000. The team was awarded the AMCC Community Service Award for the 2018-19 school year, while also being awarded the Single Event Gold Award from Bald for Bucks. The team also received the the Medaille College SGA “Mavs Volunteer Award.”

On top of that, the money raised was the single largest donation by a college athletics team since the inception of the Bald for Bucks campaign.

The team will be shaving their heads on March 1 at 12 p.m. on campus in the Sullivan Center.

Those who would like to donate or join the team in the fight against cancer can do so by clicking here. Please consider donating, no donation is too small.