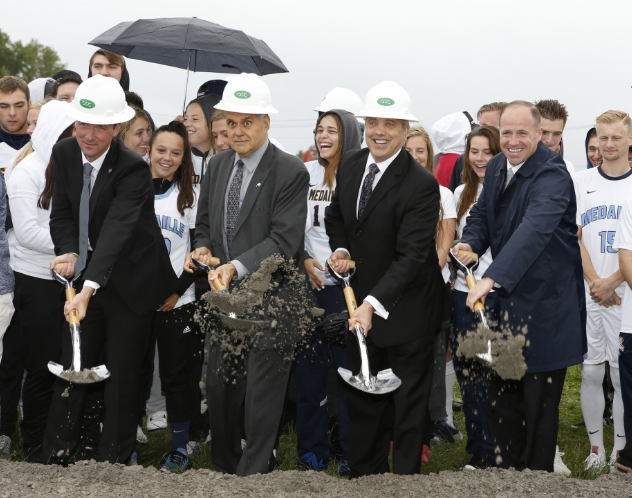 More than 40 student-athletes were present at the groundbreaking, including members of both the soccer and lacrosse programs. Speakers included student athlete Matthew Gabalski, a member of the men’s soccer and lacrosse teams. “The Medaille Sports Complex is so much more than just a place to play,” Gabalski told the crowd. “It’s finally a place to call home.”

See photos from the groundbreaking (by photographer Tim Ludwig) on the Medaille Flickr page, and watch medaille.edu and medaillesports.com for updates on the project.

One response to “Medaille Breaks Ground on Sports Complex; Site to Feature New Home Field for Soccer and Lacrosse Programs”