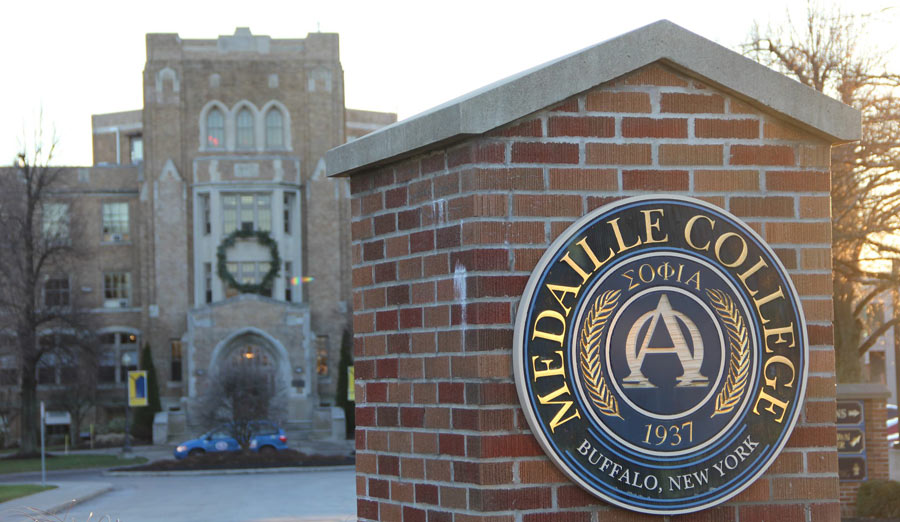 The Office of Academic Affairs and the Employee Engagement Committee are pleased to announce the Medaille College Adjunct Faculty Award.

Details are provided below.  Nominations are encouraged from all campus constituencies.  The awards will be presented at the spring Campus Colloquium in May.

Please use the online forms at the links below to submit your nominations by April 7.

Thank you for your assistance in helping us honor excellence in mentoring and teaching.

To honor excellence in undergraduate teaching and mentoring, the College will annually bestow three awards on exemplary adjunct faculty:

The following characteristics may be included for defining teaching excellence, but are not limited to enthusiasm, teamwork, candidate’s positive relationship with students, knowledge in the field, successful students, integrity, commitment to teaching, documentation of teaching excellence, and demonstration of ability to facilitate student learning.

All adjuncts who have taught a course during the current academic year are eligible.  The awards will be given every year unless there are no nominations.

Award recipients will be announced at the annual spring College Colloquium or other appropriate College event. Honorees will receive a plaque and a monetary award.

Nomination, Review, and Announcement Calendar for 14-15