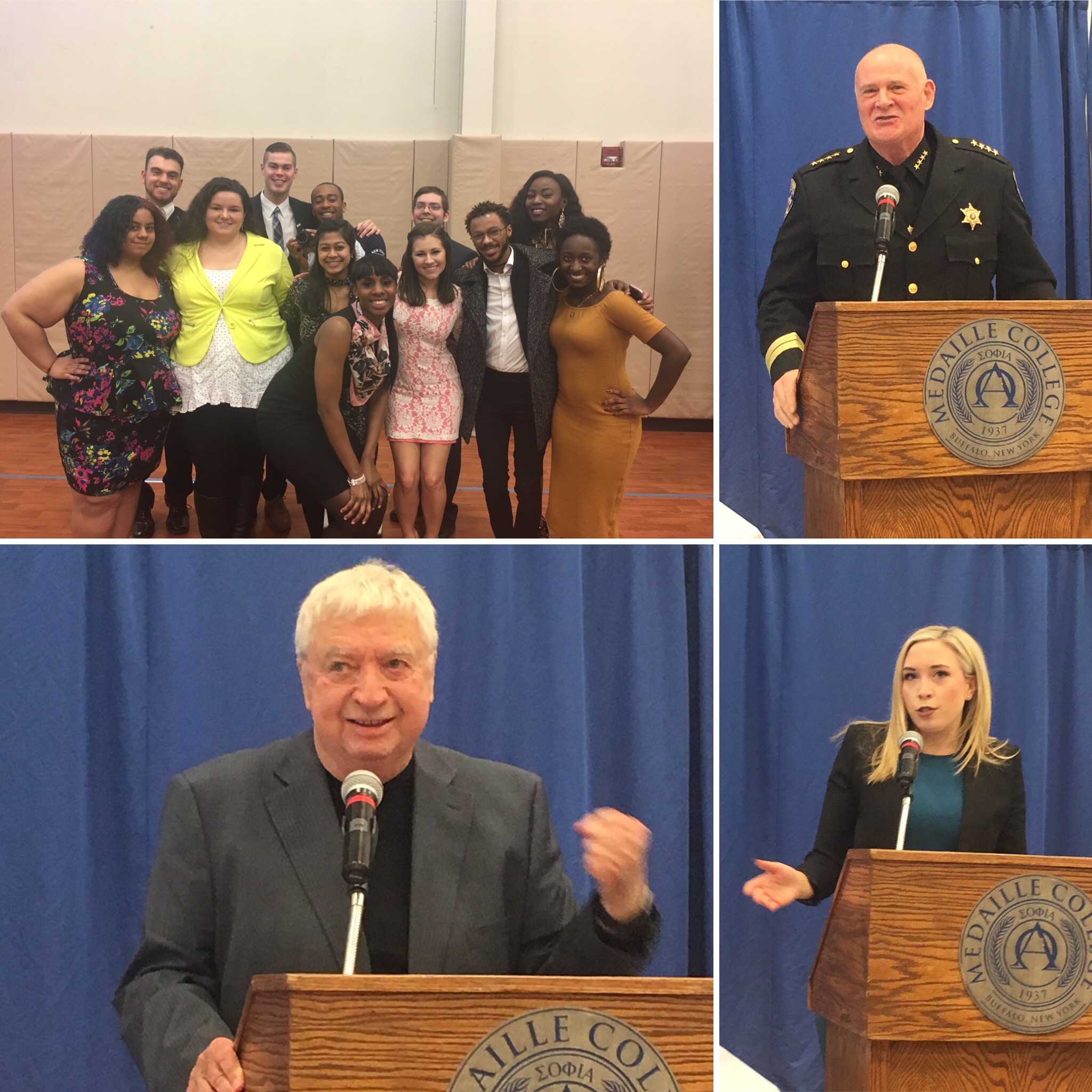 Some of the most important and well-respected individuals in Buffalo’s media, public service and law enforcement communities came together to celebrate the 12th Annual Medaille College Media Awards on March 20, 2017. The ceremony honors individuals and organizations that have made significant contributions to the community and to the College’s communication program. This year’s recipients included figures from local television and radio, sports broadcasting, marketing and advertising, and law enforcement. Among those recognized was Buffalo Sabres announcer Rick Jeanneret, who was named Honorary Person of the Year and received the Lifetime Achievement Award in Radio/Television Play-by-Play.