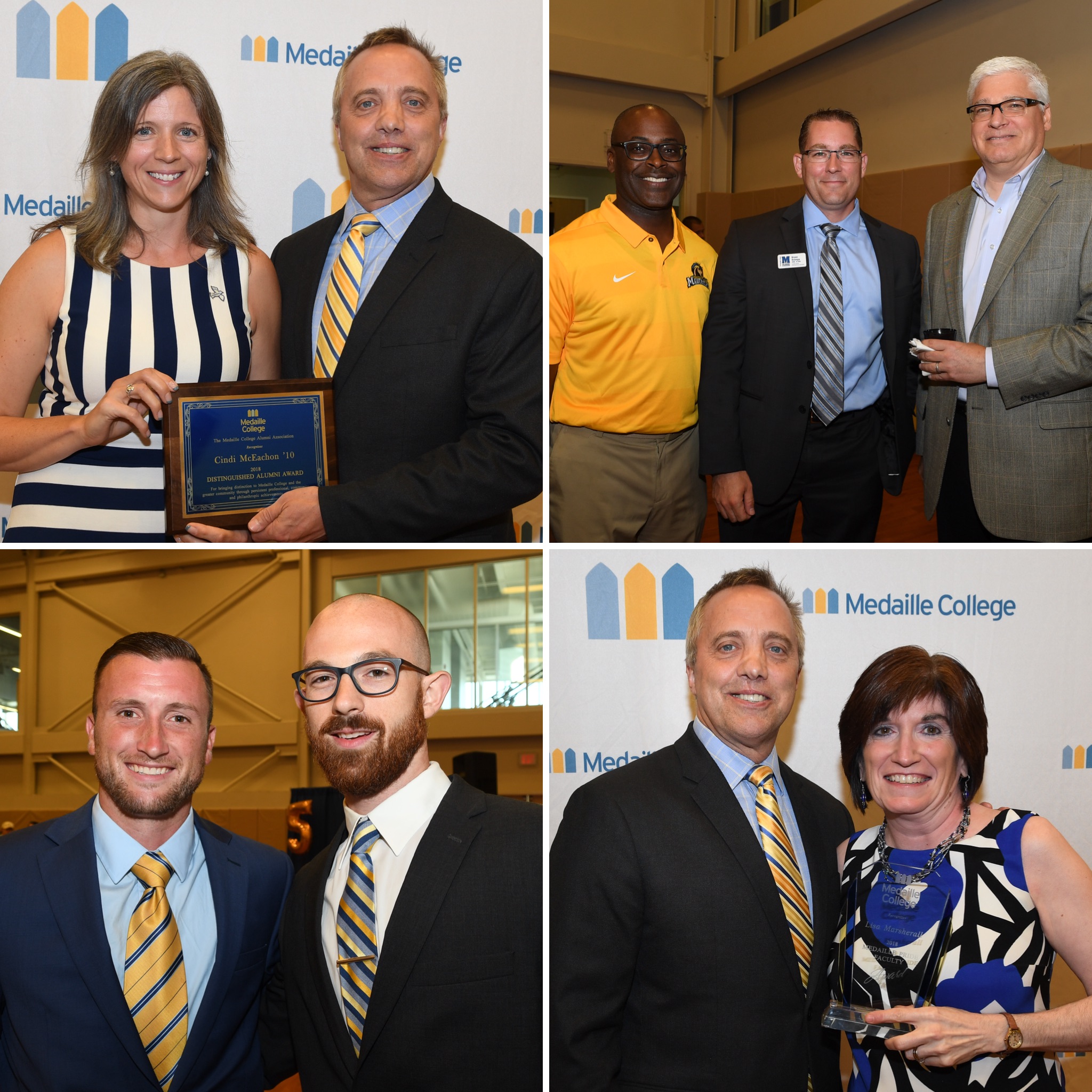 Alumni, students, faculty, staff, honorees and guests gathered at the second annual Medaille Pride Awards Social on September 5. The ceremony, which was held on College Colors Day at Medaille, also included the induction of the inaugural class of athletes into Medaille’s newly formed Athletic Hall of Fame. The proceedings served to recognize distinguished alumni, as well as those who go above and beyond to make significant contributions to the Medaille community.

The following award recipients were honored:

The following Mavericks were inducted into the Athletic Hall of Fame:

View photos from the Medaille Pride Awards Social and Hall of Fame Induction in the event’s Flickr album, and watch full video coverage on Medaille’s YouTube.

The Medaille community sincerely thanks the sponsors and partners who made all College Colors Day festivities possible.