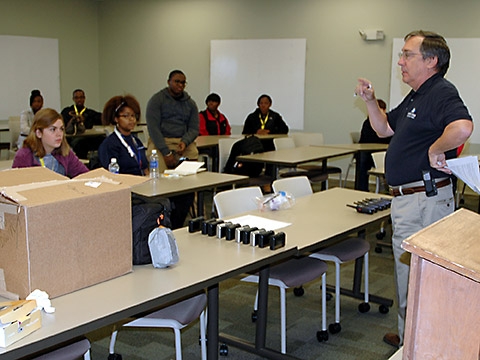 During two recent local television appearances, Medaille’s Steven MacMartin weighed in on Apple’s opposition to a federal judge’s order to unlock the phone of one of the shooters in December 2015’s attack in San Bernardino, California. The director of Medaille’s bachelor’s degree program in homeland security believes the shooter’s iPhone may hold vital national security information.

He discussed the importance of this issue during appearances onWIVB-TV and WKBW-TV.

“We need to write some sort of legislation to allow the government access to these phones,” MacMartin told WIVB-TV. “If there is information on that phone that is related to a terror attack that occurs in the future, this is on Apple.”

In a letter to customers, Apple CEO Tim Cook said the order “calls for public discussion, and we want our customers and people around the country to understand what is at stake.”

MacMartin, a 31-year law enforcement veteran, is frequently called upon for insight on stories touching on national security issues. He is a clinical assistant professor at Medaille.