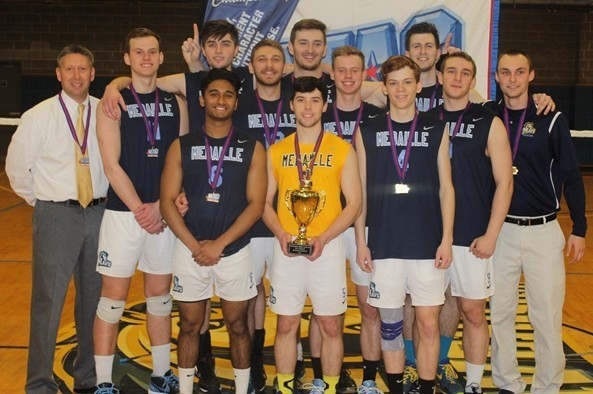 It was a comeback victory for head coach Keith Koch’s Mavs. The Wildcats took the first set, but Medaille stormed back for three straight to win the NEAC crown. The Mavericks finished the season with an overall record of 25-9.