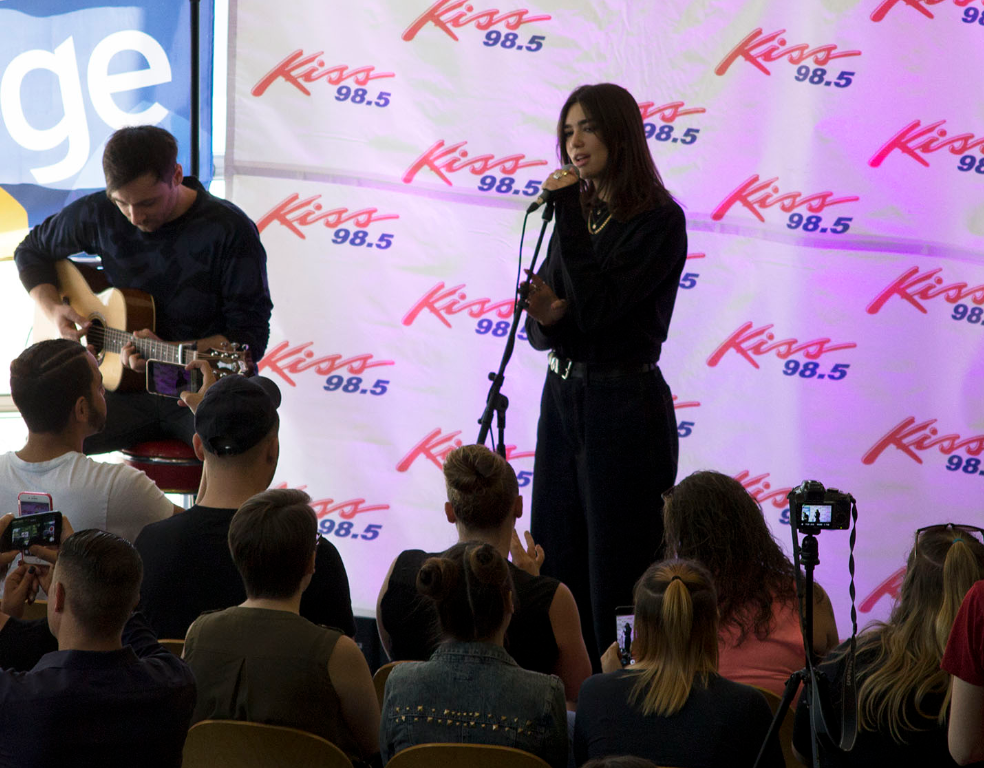 The London-born singer performed three of her hits, including “Blow Your Mind (Mwah)” and “New Rules.” The latter song reached No. 1 on the U.K. singles chart. Her self-titled debut album was released in June.

The Medaille community thanks Dua Lipa and Kiss 98.5 for visiting the College for this special concert event. Check out photos in the concert’s Flickr album, and listen to an interview mentioning the concert at Kiss985.com.